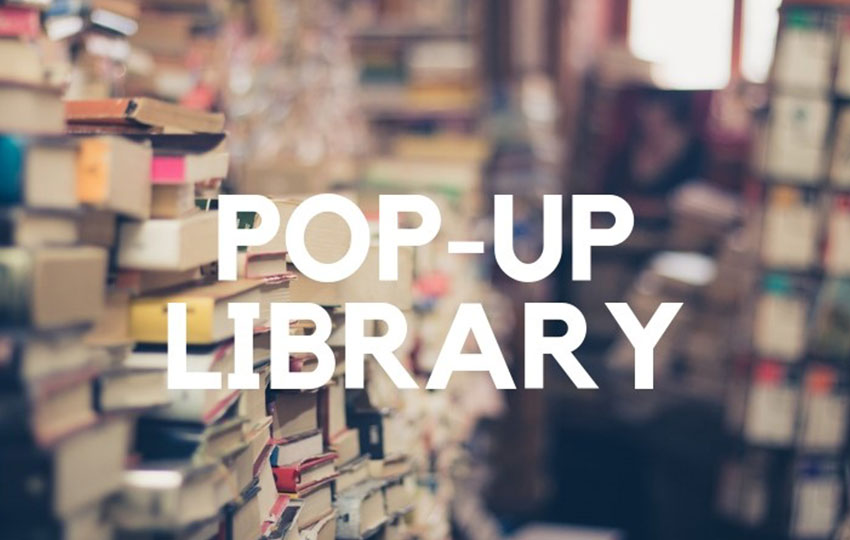 Pop-up libraries are a great way to bring books back into the lives of people who are unable to get to their local library. A simple concept with so many benefits as detailed in a recent report by The Australian Library Journal in 2015:

A Pop-up Library is a collection of resources taken outside the physical library space to the public. These resources may be physical or digital. They may be part of the library collection, or be withdrawn or other excess stock that is not a part of the general collection. There may be an expectation that the items will not be returned. Pop-up libraries are about informal access to library resources. They are an extension of the library brand, based primarily on the promotion of literacy and reading. A pop-up library should be unexpected in the space it occupies, thus generating a buzz and garnering attention – this will be added to by the pop-up library’s temporary nature.

Another great resource is PopUp Libraries, if you run an arts organisation, community centre or any other type of space open to the public and would like a library there but don’t know how to go about getting one you can contact them and submit an application to have a pop-up library donated to the space you run, PopUp Libraries will install a set of shelves with a selection of books, available to visitors to borrow or swap. This is a fantastic idea, another great use for a pop-up!

Pop-up Libraries are a great way for public libraries to remind the community they are there, promote literacy and remind people of their services.